Andreas Hoffman on why you should launch your game with Samsung 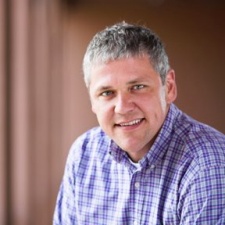 Andreas Hoffman, Senior Director, Emerging Platforms Group at Samsung, is a strong supporter of the Android ecosystem, but believes that Android should not become a byword for Google Play.

"Android in general, in my view and based on the market data we've seen, is the best entry point for a mobile developer," he argues.

However, rather than Google Play, Hoffman would much prefer you turned to the Samsung Galaxy Apps store.

"It's really core to our mission - we're focused on making our store the best app store for our developers," he says.

In spite of this, he is all too aware of the common question: "why do we need another App Store?"

Hoffman's most significant response to this is that 57% of users on Google Play never look beyond the top grossing games - a significant portion probably never seeing your game.

"We, on the other hand, have a team of editors that work with the likes of Pocket Gamer to find the games worth promoting," explains Hoffman.

"Every app that we promote in the store is worth your time and money."

Updated weekly, Hoffman is also keen to point out that Samsung Galaxy Apps are monetising better - among an admittedly smaller audience - than those from traditional app stores.

The audience is not as small as one might assume, either - the store is pre-installed on over 92 million devices.

"We sell roughly 40 million devices a year, so that number keeps on growing," adds Hoffman.

The platform boasts 16 million MAUs, on average. "We're still not happy with it, but it's definitely in the right direction."

Video: Samsung explains why you should be on more than two app stores