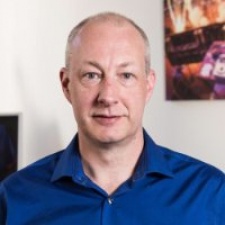 At Pocket Gamer Connects London 2016, Newzoo's Peter Warman took a data-led approach to predict the size of the mobile eSports industry in 2016 and beyond.

Newzoo's stats show that up to 40% of the eSports audience does not play the franchises, which means that for mobile to be a viable eSports platform it needs to be set up to accommodate large numbers of spectators.

"Imagine your game having a million users but 50 million viewers - the audience you're entertaining could be a lot larger than you are used to," says Warman.

Other interesting snippets include that 21 to 35-year-old males are the biggest demographic for consuming eSports content, despite mostly younger gamers attending events.

Warman suggests that spectating as a less active way of engaging with gaming content is "tapping into lapsed core gamers."

As for mobile, it's little surprise who he expects to see at the cutting edge: "I expect Supercell to be super active in the mobile eSports space, with Clash Royale already geared towards eSports."

However, regardless of platform, it's the streaming element - across PC, mobile, and other devices - that truly excites Warman.

"It makes a game on a single screen into a cross-screen franchise, integrating video and games, and that is huge," he says.

Unless Clash Royale takes off, eSports market won't be worth $1 billion until 2019