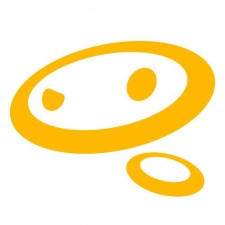 However this was slightly down compared to the $182 million in the bank at the end of October.

Looking at the Q4 figures, revenues were down 16% year-on-year to $61 million.

The company made a net income loss of $3 million during the quarter compared to income of $1.4 million 12 months ago.

The main reason for this performance is the maturing of the company's key earner Kim Kardashian: Hollywood, which remains its #1 earner, doing $72 million of non-GAAP revenue in 2015,.

Other games such as Cooking Dash 2016, Racing Rivals and Deer Hunter 2016 were cited by CEO Niccolo de Masi for their solid performance, but Glu didn't have a breakout hit in 2015.

Notably, its Katy Perry tie-in Katy Perry Pop has to-date been something of a flop.

On the plus side, Glu has announced a multi-year partnership with Taylor Swift, who now joins the company's celebrity line-up of stars including Britney Spears and Nicki Minaj and celebrity chef Gordon Ramsey.

"The strength of our catalog, new launch roadmap, and strong balance sheet, positions Glu for growth in 2016 and beyond," de Masi commented.

He also pointed to what he expected to be improved productivity thanks to the hiring of Tim Wilson as Global CTO and Nick Earl as President of Global Studios.

"Nick and Tim have hit the ground running and have already begun evolving our global studios. We anticipate that our global studio improvements will significantly enhance Glu's product delivery on a go forward basis," he said.