The state of the world, and advice for the future 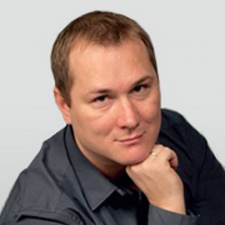 White Nights Helsinki 2016 kicked off with a talk from Pavel Ryaykkonen, Co-Founder & COO of Nevosoft, who gave an overview on the mobile gaming market.

"Today we have more than 1.8 billion users in the world" he began, with that number expecting to grow to over 2 billion in the next five years.

Ryaykkonen also said that while the mobile gaming market was one of the biggest in 2015, it will overtake the rest, including MMOs as a singular market, by 2020.

He pointed to statistics from App Annie which showed that by the end of 2015, Apple’s App Store and Google Play had a combined revenue of around $25 billion, with $19.5 billion coming from the games segment.

He said that China, Japan, and the USA are the top countries for revenue, with Clash of Clans, Monster Strike, and Puzzle & Dragons leading the way for top revenues.

China and Japan alone generated $6.5 billion and $6.2 billion in revenue respectively, with the Chinese market seeing 56% of its market in Android and 44% in iOS.

But, as Ryaykkonen said, "Asia is not just China, Korea, and Japan", and pointed to Southeast Asia, which has a reported growth rate of around 30% and could prove to be an incredibly profitable market in the coming years.

A piece of the action

Moving to how to get your hands on this revenue, Ryaykkonen said "if you want to succeed, you need to have virality as part of your game", and that word of mouth is an effective marketing tool to take advantage of amidst the rising cost of CPI.

He also suggested using personalisation to appeal to players, giving the example of creating a specific in-game event for a specific region during a specific time, such as people living in Helsinki during a strange period of weather.

"Don’t think of the percentage, think of people" he said, advising that developers have a cross-platform presence to get access to the most revenue, as even 5% of a market is still a large number of real, actual people.