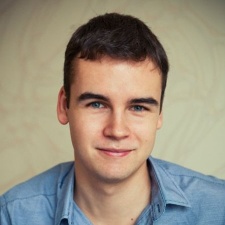 Kicking things off on day 2 of White Nights Helsinki 2016, Vladimir Funtikov, CEO of Creative Mobile, gave a talk on figuring out what it is players actually want from games.

"After 5 and a half years in the business, I can comfortably say that free-to-play development sucks", started Funtikov, pointing to the uncertainty of the business as a whole.

To combat this uncertainty, Creative Mobile has a process that they follow to make sure that its games have potential to work in the market.

This starts with a "sanity check". "We prefer to work with prototypes instead of design documents", said Funtikov, as documents can get bigger and bigger, while prototypes need to stay small to function well.

The prototype is played by different members of the team, and they ask important questions on how long they imagine people will play the game, how much people will pay in it, and looking at what the competition is like.

Funtikov provided a word of warning on the latter, saying that while brand power can work, "brands don't save a game from mediocrity", comparing the failure of Glu Mobile's Katy Perry Pop with its original, far more popular, Kim Kardashian Hollywood.

Getting it out there

Step two of the process involves external playtesting, with carefully selected testers that match the intended audience for the game, to make sure the game will actually land with the audience Creative Mobile is aiming for.

The playtesters are tracked for how they play the game, the emotions they experience while playing, and are then asked questions about the game.

Players are not visionaries.

Thirdly, Creative Mobile soft-launch the game. Funtikov advises soft-launching in your target market, even if that happens to be the US, launching on Google Play because it's easier to use than other platforms, and staying in soft-launch "until you get the metrics you want to see."

"We always try to set measurable, but realistic, goals" said Funtikov, as well as tracking the KPIs that matter most to the game, such as conversions to installs.

Funtikov also suggested performing A/B tests on aspects of your game such as the icon, which is a "free and fun way to make more money" when done on Google Play.

Finally, Funtikov recommended maintaining your backlog of features and prioritising effectively, based on what your "elite" players want to see, by adding new content to the most popular feature and fixing the less important features if required.

But he warned that "players are not visionaries", and said that it's pointless to just blindly follow their feedback because they cannot know for sure what features would actually be fun in a game.

Or, in his words, "they do not know what they want."