Bigger may not be better 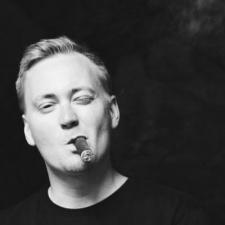 Miikka Luotio, Senior Producer at Flaregames, gave a talk at White Nights Helsinki 2016 on how the company changed its business model to focus on working with smaller teams.

A small studio in the eyes of Flaregames is a team of 7 people, such as Superweapon, the team that developed the Flaregames-published Dawn of Steel.

"We wanted the development team to scale up quickly after soft launch", said Luotio on the topic of expectations of both developer and publisher.

The developer didn't expect this in the initial discussions, and in the end found themselves short-staffed and unable to keep up with the demands of the game's soft launch.

The solution was for Flaregames to send a "Tiger Team", a handful of its own staff, out to help instead of bringing in new team members and increasing overheads.

It's a unique approach that Flaregames, as both a developer and a publisher, had the ability to do, but Luotio has regrets, saying that Flaregames "waited too long with the Tiger Team", and should've sent them earlier.

"We should've brought developers that we have to talk to each other more", he added, as Flaregames works with a number of developers and has the ability to have these developers share knowledge and experience with one another to aid development.

"Chemistry is key", Luotio also said, adding that when working with a smaller team, you need to foster a better relationship to work better together.

He also warned not to "try to change the developer", and suggested instead altering your own approach to work with the developer, instead of forcing them to adapt to your style.