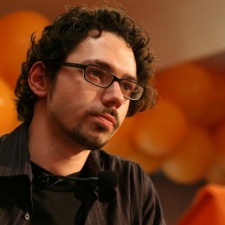 As part of Casual Connect Europe 2016, David Hiltscher, VP Gaming Communities at ESL gave a talk on how to get started in developing for eSports.

"Games tend to be synchronous multiplayer" he said, though he did note that asynchronous games can work in a competitive setting, as seen in the real-world example of rally racing.

He also pointed out that eSports games are most often free-to-play, and have some kind of aspirational aspect to them so that new players will join and start paying in order to get better at the game.

"Figure out what game mode you would like to start off with", said Hiltscher, saying that popular eSports games usually only have one primary game mode, and experiments in setting up other modes are usually unsuccessful.

You also need to think about how big teams in your game will be – World of Tanks, for example, started as a 15v15 game, but Wargaming had to drastically reduce this to be more interesting to eSports players.

This led to the game having maps that were far too large for the newer, smaller, 7v7 teams, making the game less interesting to play or even watch.

"Ideally your game is symmetrical", said Hiltscher, as if the game isn't then you'll have to have the teams swap sides after a match, which can cause major problems in a competitive setting.

In terms of actually development, Hiltscher suggested getting the game in front of people as soon as possible, playing with friends, family, and other developers to get feedback on how the competitive elements work.

You should also start organising tournaments early, and releasing the game to a very small number of people, mostly to retain early adopters and influencers but also to gain experience running them.

Hiltscher also said that you should "immediately handle disputes" to avoid toxic communities forming, and turning off new players who hear negative things surrounding the game and its players.

You should not develop eSports with the intention of making money