Jas Purewal on the business and law of eSports

How the top players make their money 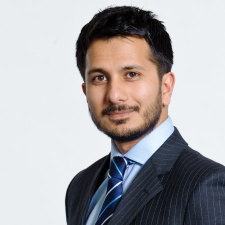 At Casual Connect Europe 2016, Jas Purewal, founder of Purewal & Partners, gave a talk on the business and law of eSports.

He spoke about how clubs remunerate their players, which includes a basic "salary" that can be as high as $12,000 a month, as well as tournament proceeds.

"Sponsorship is where the club makes most of its money," said Purewal, and while some specific players have sponsors, it is rare due to tight control by the club.

Players also make money by streaming and uploading videos to YouTube, which they keep most of the money from, but Purewal noted that clubs will likely start controlling this too.

On a legal note, Purewal said that "half of my time is spent on player and team matters", most of which revolve around commercialisation and sponsorships.

There are also issues around media rights and streaming, as it can be hard to determine who owns the rights when it's being streamed.

Get a slice of the pie

For business opportunities in the eSports space, Purewal suggests that "players get a pretty rough deal" because of a lack of good representation for them, so you could find business there.

He also suggested that there could be a market for a library of videos of streams, as Twitch and YouTube tend to take down the videos rapidly, leaving no trace and losing a potential market of people re-watching the matches.

For developers, Purewal points out that most of the major eSports games have been retrofitted for eSports, instead of being built from the ground up, which is likely why they were successful.

But, he warns that "free-to-play and eSports are not the same thing", and developers need to think about the game in a completely different fashion to make them work.