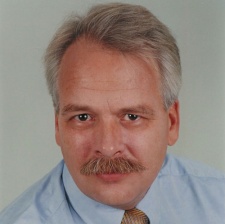 As part of Casual Connect Europe 2016, Jurgen Goeldner, owner of Fidius Trust, gave a talk on financing and raising capital for VR gaming in 2016.

In terms of where investment is already going, a large chunk is being invested in video, but games are still receiving a large amount of investment, with 75 games already announced.

There's around 300 companies that have had money invested in them for VR, with over 160 new VR companies opening in the US in 2015 alone.

The dawn of a new age

What this means is that investment will be hard to get, not only because there have been so many investments already made, but also, as Goeldner said, "there's no market there."

"This is year one," he said, pointing out that the three major VR units (Oculus Rift, Vive, and PlayStation VR) haven't launched yet, and there will be no data on how healthy the market is until this happens.

When it comes to seeking investment, Goeldner outlined the various parts of the pitch that you cannot forget, including a business plan, which will likely be completely different from a regular game.

He went further into detail, and spoke about the need to be clear with your concept, being able to explain why you're in VR and what the "convincing feature" is in your game.

He also advised planning a contingency, since it's likely that development will take even longer given that the technology is still in its infancy and might be harder to work with than first predicted.

Goeldner ended by warning that people who believe that VR is a big deal at the minute are wrong, and to ignore them.

But, more optimistically, it's going to be a bigger, more exciting market than anyone can imagine.