Those young'uns with their YouTubes and Twitches 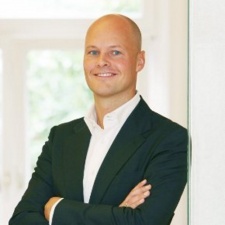 He started by identifying some celebrities that millennials like, including YouTubers PewDiePie and KSI, which is likely because of millennials interest in watching online videos.

This "new breed" of creator is now on par with the traditional TV production company, because, as Benninghoff says, "the story is compelling and resonates with the audience."

Moving out of the parent's basement

Millenials are also worth advertising to, he says, because they are actually a richer market than most consider, with 53% in full-time employment, and 30% being top earners.

But Benninghoff sees an opportunity here with eSports, a sport that is "already rivalling traditional sports" for viewership, and appeals to the millennial market because of its online nature.

The content producers are swiftly becoming multi-channel networks, and working together to reach even larger audiences of millennial audiences.

So Benninghoff suggests that eSports will grow by working with these content producers, which will lead to growth in the market.

But he also warns that when working with this new breed of creator, you shouldn't "kill them" with your corporate message, and should instead give them the space to make what they want, as they know their audience better than you ever will.