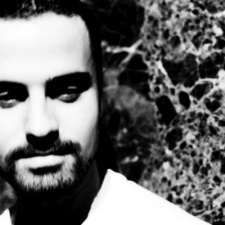 "It's very peculiar and random in the online world," he said, pointing to the fact that while the Saudi market is the 2nd highest user of Snapchat, nether Twitter nor Facebook have managed to see much uptake.

The gender split is relatively equal, with 48% of the market being female, largely under 35, which is different to the male audience, which is largely older.

"Saudis like the usual top trending genres", said Bozorgzadeh, with action, adventure, casual and puzzle games leading the way for downloads, while strategy games are comparatively quite low.

"Pretty much everyone downloads free games," he said, with 96% of the audience downloading free games, and over 40% of that audience bying in-app purches.

But the Saudi market doesn't tend to go for games that have been specifically targeted for the region, and are instead simply after the highest quality games.

"They want the Ferraris" said Bozorgzadeh, saying that many of the users don't want to use local, app stores, and will use proxies to get to the traditional, global app stores.

You also don't need to localise the game for the market, although if you do, he suggests that you "tip-toe around religion", and work with someone who understands Saudi "lingo" to appeal to the market.

The Saudi market is also not interested in seeing representations of the Middle East, so don't localise by adding more deserts or traditional clothing.

His biggest tip for getting your game into the Saudi market is to "start minimal", and avoid trying to over-localise early, instead starting small with ads in Arabic and slowly going from there.

Mobile Game of the Week: Clusterduck

I guess we can thank Epic Games for this.