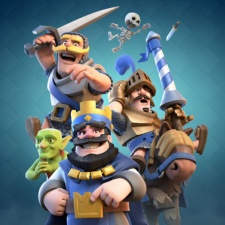 It's fair to say  a lot of people are excited about the launch of Clash Royale.

Considering Supercell's incredible pedigree together with the fact that it had killed two previously soft launched games and that the Finns had seen fit to give this new title the halo'd Clash of Clansbrand, this enthusiasm was understandable.

Those that played the card-battler MOBA-light game in soft launch (Including the writers from our sister site Pocket Gamer) were unanimous in their excitement for the potential and the title scored a 9/10 gold review.

This week it was clear that the enthusiasm extended to the gate keepers too, as in an unprecedented move Clash Royale was launched outside the usual window for new games for the app store.

For starters the game hit the Apple App Store on a Wednesday rather than Thursday, and then was also afforded an effective take over of editorial recommended slots with no less than 9 promotional mentions including links to a home page profiling the characters.

Although not quite as obliging, Google also afforded the title top billing when it launched on Android simultaneously.

Unsurprisingly the game raced to the top of the free overall download charts for iOS in US and 28 other markets (number one in 60 markets for games only).

And it's racing up the top grossing too, currently sitting at number 4 in the US and in the top 5 for 27 countries for overall apps (36 in games only).

While it's far too early to say if Clash Royale  will be another billion dollar grossing title that'll cement another top 10 slots for Supercell - something our Mavens have discussed - or if its the future of mobile eSports - which our own Ric Cowley disputes -  the early results are promising for the Finnish giants, if not their competitors.

Suffice to say we'll be tracking the game closely over the coming months from all angles.

And also keeping a close eye on the app stores to see if this launch was a one off or the herald of a new era of creative marketing opportunities.