Apple announces iPhone SE, the most powerful 4-inch phone ever 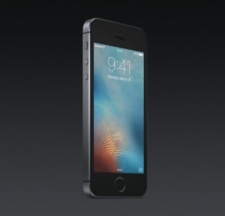 Announced on stage at Apple's March Event 2016, the heavily-rumoured iPhone SE has been been officially revealed.

Following the success of the larger iPhone 6 family, Apple has stated that the 4-inch model remains an important part of the line - it sold 30 million of them in 2015 - and the SE is proof of that.

With a price starting at $399, it's setting itself up as an entry-level iPhone.

However, billed as the most powerful 4-inch phone ever - and featuring a 64-bit A9 chip - it should have plenty of gaming heft, too.