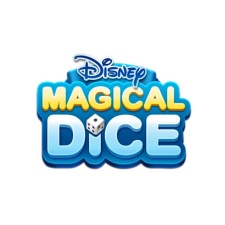 2016 is already shaping up to be a big year for Disney when it comes to mobile gaming.

Alongside it will also be release the western version of Kingdom Hearts Unchained X, which is Square Enix's latest take on bringing Disney characters into a RPG.

Released in 2015 in Japan, the entire Kingdom Hearts franchise has been a top grossing game on consoles, browser and now mobile.

And if that wasn't enough Korean giant Netmarble (#15 on our Top 50 Developer list) has announced it's opened pre-registration for its Disney character licence Disney Magical Dice.

Labelled a "casual board game" and "Disney's first board game" it looks a bit like Monopoly (or Netmarble's massively popular Everyone's Marble game) and has you playing as characters such as Maleficent, Rapunzel, Minnie Mouse, Snow White and Buzz Lightyear through different maps.

Along the way, you also get to build structures including Disney-themed landmarks, and there's PVE and PVP modes (Free-For-All and Team Mode 2v2), and underpinning it all, a card collection and fusion meta-game.