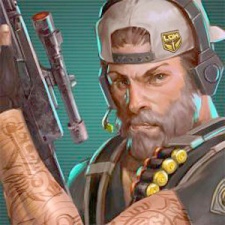 In our First Time User Experience videos, we play the first 10 minutes of F2P mobile games to experience how developers are onboarding their players in terms of the UX and basic tutorial process.

In this episode, we tackle the GREE-published and MunkyFun developed reboot League of War: Mercenaries.

Probably forgot by most people, 2014's League of War - a card-based base battler - was ahead of its time.

With an auto-generating resource enabling the selection of different units based on your original deck, the game now looks like it's copying Clash Royale, rather than the other way around (maybe).

Indeed, with GREE now focused on its Japanese heartland and almost totally retreated from the west, it's significant that League of War: Mercenaries is one of the only western-developed and west-orientated games it will release in 2016.

GREE has an equity stake in San Francisco studio MunkyFun.

The reason is likely its balance between quick, accessible gameplay and deep metagame.

You can see all our FTUE via our YouTube Playlist.

GREE switches platform development to Japan, while investing $3M in US studio MunkyFun