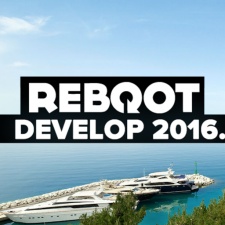 Relocating this time to Split following the Dubrovnik-based 2015 event, it boasts a bigger range of high-profile speakers than ever before.

Including the likes of Tim Schafer, Brian Fargo, Rami Ismail and Mike Bithell - full list here - the event has clearly had no problems attracting big talent.

This is due in no small part to the proceedings being located at the seafront Le Méridien Lav hotel in picturesque Split, the second largest city in Croatia.

As well as attracting a wealth of international talent, it's also an opportunity to learn about Croatia's burgeoning games industry - something PocketGamer.biz covered at the 2015 event.

Tickets are still available, but the 14 April deadline for standard priced tickets is fast approaching.

Those who don't act quickly will have until 25 April to grab last minute tickets.

Leading the Croatian game sector into the future