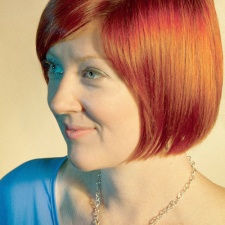 Following the news that a Hideo Kojima fireside chatis the keynote for Develop:Brighton 2016, the conference has revealed another big name for its Indie Dev Day.

Known for her work on Journey, Boom Blox and The Sims 2, Robin Hunicke will be the Indie Keynote Speaker on Thursday 14 July.

Aside from her game development work, Hunicke will also bring a wider view on the industry to bear, thanks to other roles such as Professor of Art, Games & Playable Media at UC Santa Cruz, and more generally with Indiecade.

She will also be talking about the core artistic and emotional inspirations at the heart of new game Luna.

Other sessions during the day include:

You can find out more about the event, which runs at the Hilton Brighton Metropole from Tuesday 12 to Thursday 14 July via its website.

That one got removed. You’re free to use my account to install it or I can send you the IPA.