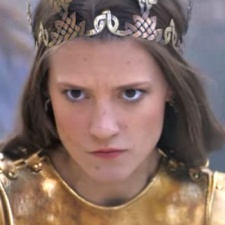 Tracking the effectiveness of such campaigns remains less certain, however.

That's something that UK agency The Specialist Works is hoping to improved with its TV for Apps service.

Launching with a campaign for Elex Games' top grossing Clash of Kings in the UK, The Specialist Works says TV for Apps will enable advertisers to track and optimise their TV campaigns.

For example, the services shows how players respond to TV ads, including pinpointing when a download starts or when a player buys an IAP, or re-engages.

In this way, UK MD Martin Woolley argues TV for Apps is moving broadcast campaigns from being about brand awareness to becoming 'brand response channels'.

"With the advances of technology and the unique properties of apps, we can connect the two up to actually track consumer behaviour, optimise the campaigns and drive down CPI," he said.

"It's something that will be essential to the major players in this incredibly competitive area of gaming, that is dominated by a few big names."

In addition to its TV adverts - which will be placed during the Champions League Final and the new series of Game of Thrones - the Clash of Kings UK campaign also features a takeover of London's Oxford Circus Tube Station and ongoing "stunt activity".

Even in decline, Elex's Clash of Kings boasts $102 ARPPU