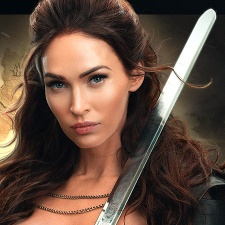 Following in the footsteps of Kate Upton and Mariah Carey in Game of War, not to forget Arnie in Mobile Strike, Israeli developer Plarium has chosen Megan Fox to be the first in-game and marketing face of its strategy title Stormfall: Rise of Balur.

Fox will take the role of Amelia Delthanis, Captain of the High Council Guard.

The character will be the focus of a series of forthcoming updates, including a new tutorial and a single-player campaign.

Released in January 2015, Stormfall currently has over 7.5 million registers users across iOS and Android, and is a top 60 grossing game in Germany and top 100 grossing in the US.