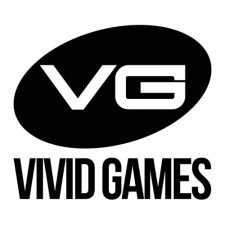 Back in November 2015, Polish developer Vivid Games, best known for its Real Boxing series, announced its plans to launch a publishing arm that would focus on free-to-play mid-core titles.

Now, the first game to be signed to Vivid Games Publishing has been announced as Nox Raiders, a sci-fi game from Krakow-based developer EVERYDAYiPLAY.

"We are very diligent in picking games for the Vivid Games Publishing program," said Remigiusz Koscielny, CEO of Vivid Games.

"They should not only have solid sales prospects but also fit into our portfolio. EVERYDAYiPLAY is one of very few experienced successful Polish producers specialized in making free-to-play games."

The game will be a mix of RPG, auto-battler, and match-3, designed for the mid-core market. It is expected to launch on iOS, Android, and Facebook, with a soft-launch due in Q3 2016.

"Combining EVERYDAYiPLAY's know-how in Free-2-Play and Vivid Games reach in distribution is a match made in heaven."