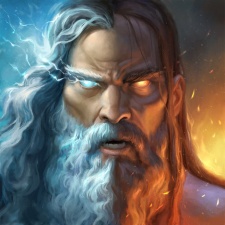 The mixture of action, tower defence and base building wasn't a global grade A success but was a solid performer, particularly in Germany

And it provided the foundation for the company's latest game Olympus Rising.

Again, it's a mixture of action, tower defence and base building, although it replaces the cute, cartoony graphics with the more gritty mythology of ancient Greece.

And it appears to be finding an early audience too.

Thanks particularly to Apple featuring, the game's has now notched up 1 million downloads within 2 weeks across the App Store and Google Play.

More importantly, it's entered the top 100 grossing charts on iPhone both in the US and Germany, although it's currently around the #200 mark in both.