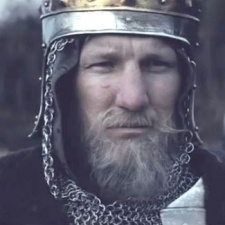 His future at Manchester United may be under threat but Bastian Schweinsteiger is happy to be seen goofing around, and make some cash on the side too.

The German World Cup-winning footballer is the star of the latest TV advert for Elex Wireless' F2P mobile game Clash of Kings.

Sporting a ticklish-looking beard and armour he leads an army into battle in the real-time build-your- own-castle game.

Of course, getting celebrities to front your advertising or even go in-game is just the latest expensive addition to F2P mobile game user acquisition.

Machine Zone remains the market leader with Kate Upton and Mariah Carey in Game of War, while it hired Arnie Schwarzenegger for follow up Mobile Strike.

The UK adverts for Clash of Kings - below - are more generic, though.

Even in decline, Elex's Clash of Kings boasts $102 ARPPU