And signing up for promotions the least favoured, says

The study comes from Mountain View, CA-based market research outfit TapResearch, which surveyed just under 400 participants on the regularity of - and reasoning behind - their interactions with in-game currency reward schemes.

Pick of the bunch

The options given to the subjects included watching video, taking survey, installing another app.

Of these, video ads were the most desirable way of earning in-game currency for 70%.

The least popular monetisation was completing an offer, like signing up for Netflix or Amazon, particularly if it involves giving away personal details.

As for a way forward, Sprague advocates a reward-based model that can combine both advertising and in-app purchases.

Rewarded surveys: A new way to monetise your mobile game

Why you should consider Rewarded Surveys for your game monetisation strategy 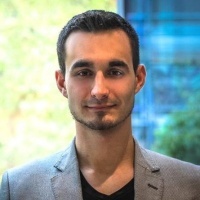 Reply
Nick Hatter Chief Executive Officer
Developers need to offer multiple revenue streams. No one monetisation method is perfect - each one has upsides, and downsides.
Posted 5 years, 3 months ago Reply
Nick Hatter Chief Executive Officer
That's very interesting Jared! Do you have an article or data you could link me to?
Posted 5 years, 3 months ago