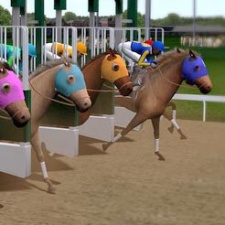 Industry consensus is that if you mess up your game's launch, you're toast.

Certainly, having a strong pre/launch campaign makes success more likely, but as nextgen publisher Tilting Point highlights, there's plenty that can be done to recover a sinking game.

In a recently released case study, the US company explains how it worked with Photo Finish Horse Racing's developer Ian Cummings post-launch.

Having been creative director of the Madden franchise when he worked for EA, Cummings was no naive ingenue to the game industry.

"Despite time spent at Zynga and other free-to-play studios, I still totally underestimated the amount of work and skill needed to make the game stand out in the app stores as well as get discovered by interested players,” he commented.

Working with Tilting Point, which started running UA campaigns for the game during the US Triple Crown season in May, daily downloads increased by 1,300%, with organic installs up 623%.

Indeed, demonstrating the correlation between daily retention and monetisation, the game's daily active total increased 1,920%, while revenue grew 32-fold: obviously that's from a very low base.

“The lesson for game developers here is that if your game is not an instant hit at launch, all hope is not lost,” said Samir El Agili, Tilting Point's Chief Product Officer.

“In fact most successful games are not instant successes.

"You have to apply the proper marketing efforts and you need experience with live ops and data analysis in order to have a shot at success with free to play mobile games these days."

Of course, the point of releasing this information is to demonstrate Tilting Point's prowess.

And in that context, it's currently accepting submissions for new and already released games.

This Garcia guy is beyond stupid... Literally his quote is "To enrich your own vision, you’ve…