Also adds up to 100-player 'Sessions' 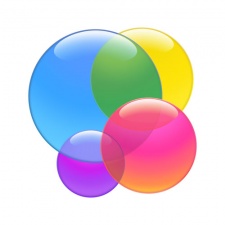 First it was dead, then it was "streamlined."

And now, following Apple's removal of the Game Center app as part of its iOS 10 shake-up, some more details have emerged as to how Game Center will manifest itself in the new update.

First off, all players' friends' lists will be frozen, meaning that adding new friends is effectively a thing of the past.

Instead, built in to iOS 10 is a feature that allows players to invite friends via email or SMS.

This will provide the recipient with a hyperlink that allows them to join in-game directly if they already have the app. If not, they will instead be directed to the game's App Store page.

This is not only a consumer-facing social addition, but also has the potential to boost a game's virality through social channels. Implementation of the feature will not require any additional steps, either.

By the same token, iOS 10 will also introduce Sessions, an iCloud-supported feature in which up to 100 players can play, trade, and chat together.

Again shared via a link, which can be posted through email, SMS, or social networks, it allows streamlined drop-in/drop-out multiplayer.

It also has a use for single player gaming - using a Sessions link, another player can jump in and complete a level you're struggling with, for instance.

With all of these new social features baked into iOS 10, it seems as though no additional effort will be required on the part of developers to benefit from them.

Is it game over for Game Center as Apple removes the app in iOS 10?

Over 50% of Apple devices now have iOS 10 installed