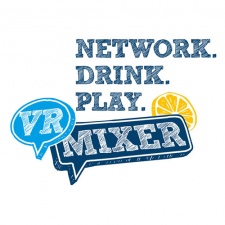 The VR Mixer, hosted by Steel Media and DeePoon, brought together leading minds in the space from Sony, nDreams, Resolution Games, Ustwo and many more in games, other creative industries and the media.

The event came after the first day of judging for the Global VR Challenge, a brand new competition set up in association with our friends at leading Chinese developer DeePoon to celebrate the best of VR gaming.

Nearly 70 games at varying stages of development were submitted to the competition. These games will be whittled down by a panel of expert judges and shortlisted for the second round of judging on July 15th.

Developers who successfully make it through both rounds will receive a free ticket to ChinaJoy in Shanghai and be in with the chance of winning the $35,000 grand prize.

The event was part of the Global VR Challenge, a brand new competition set up in association with our friends at leading Chinese developer DeePoon.

The Global VR Challenge goes out with a bang

22 games through to second round of Global VR Challenge