Updated: Is the United Kingdom the next emerging soft launch market?

A growing trend of games soft-launched in the UK 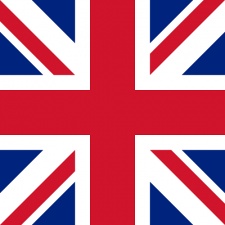 There appears to be a growing trend of developers soft launching their games in the United Kingdom.

6 of the games we currently track in our Soft Launch list are available in the UK:

Uniquely, Legends of Honor is currently only soft-launched in the UK – although there is a Polish language version available in Poland.

Historically, soft-launching in the UK would be considered a bad move.

As it's a mature market, CPI costs are generally more expensive than developing markets with English-speakers available, such as the Philippines.

However, Peter Qumsieh of Bandai Namco told us that "as Australia and Canada are the two major countries to soft launch in, acquiring players there is the most competitive throughout the world."

So for Tap my Katamari, "we soft launched in the UK as well to lower the overall cost of acquiring players," he says.

It could be the case then that CPIs are now lower in the UK compared to other traditional soft launch markets.

For some, however, soft-launching in the UK is just a way of getting English-speaking players.

Wilhelm Österberg, Head of Studio at Black Anvil Games, told us that Warlords made its way to the UK because "it was simply a straightforward way to get access to a good amount of fresh English-speaking players."

"After having been soft launched in Canada for quite some time, we're seeing some attrition there."

Whatever the case, one thing is clear – the traditional soft launch markets are now becoming less desirable for developers, and we could see more games soft-launched in the UK and other mature markets in the future.