In development in LA 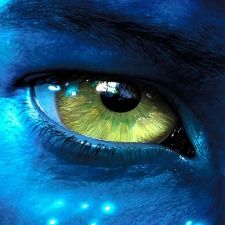 Kabam has announced a partnership with Lightstorm Entertainment and 20th Century Fox to develop a game based on James Cameron's Avatar film series.

The game will take the form of a strategy MMO, designed to reintroduce fans to the world of Avatar ahead of the release of Avatar 2, due in 2018.

Kabam reckons the game will be its "biggest-ever release".

It's in development at Kabam LA, which Kabam recently reinforced with the acqui-hire of Dawn of Steel dev Superweapon.

"We develop games that people return to and play for years, and the Avatar game will deliver new and unexpected thrills to gamers for the foreseeable future," said Kent Wakeford, COO of Kabam.

"James Cameron and the Avatar franchise are synonymous with ground-breaking technology and pushing the envelope. We plan to live up to those standards by creating the best AAA massively multiplayer mobile game possible for the franchise."

The game will have been in development for at least two years before launch, and Kabam intends on keeping the game maintained and updated across the entire Avatar series, which currently has four more films planned for release.

"Much like the Avatar films, this mobile game will bring a brand new experience to players everywhere," said Mike Verdu, President of Studios and Chief Creative Officer at Kabam.

"The company has put forward one of the largest development budgets in mobile gaming history and assigned some of its top talent. The final product is going to be amazing."