Asobo: Augmented reality devices closer to market than you think 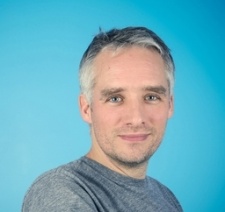 Speaking at Develop:Brighton 2016, Dedeine said while many people believe virtual reality may be in pole position in terms of market readiness, AR is not that far behind.

He explained that compared to VR devices, the HoloLens is much faster and easier to unbox and get started with.

VR headsets like the HTC Vive meanwhile require a setting up period to ensure the device is connected to a PC, the controllers are charged, the room is cleared of obstacles and the Lighthouse tracking sensors are set up correctly.

Dedeine also discussed the technological constraints of AR devices like the HoloLens. While Microsoft’s device may currently have a smaller field of view than VR hardware like the Oculus Rift, Dedeine insisted the difference is not that great.

He said that while the field of view in VR devices ends with an abrupt black space, HoloLens still has the rest of the physical world in view. This can help ensure immersion is not lost.

Developers still have the added challenge of ensuring objects are tied realistically to the real world, however.

Dedeine said that when a HoloLens user moves their head, there can be some movement of virtual objects. It’s important therefore, he explained, to ensure objects are locked into place and tied to the real world.

“Your brain instantly understands it is not there,” he said.

“It is super subtle, but it’s super important.”

Should indie developers be working on AR or VR?

Magic Leap decloaks to give HoloLens some AR competition