Hideo Kojima on virtual reality’s potential to change the world 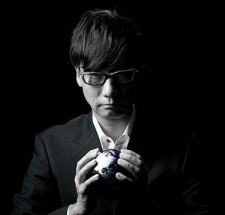 Speaking at Develop:Brighton 2016, Kojima said VR could change not only games, but people’s lives and how people interact with entertainment, education and more.

He said that more than 100 years ago, the arrival of movies on the screen changed many things.

Most people now have a screen in their home and a lot of entertainment, such as video games on TV and mobile devices, is consumed through these fixed frames.

Kojima believes that with the onset of VR, we’re no longer tied to these “square frames” anymore.

This alone, he said, would cause many things to change in people’s lives. He added that once VR makes its way into people’s homes, it will be there to stay.

He said that VR can bring out a whole different set of emotions to the player that perhaps wasn’t possible before.

“I really think the possibilities are infinite,” he said.

Asobo: Augmented reality devices closer to market than you think

Should indie developers be working on AR or VR?