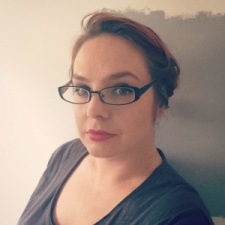 Free-to-play has long been king on mobile, but We Heart Dragons’s Leanne Bayley was still hammering home the message to indies that they should think carefully before going premium.

That title had a ‘pay wall’ that meant users had free access to the start of the game, and had to pay for one in-app purchase to unlock the rest of it.

The second game meanwhile was paid-for, which Bayley said meant effectively nobody would download it.
She claimed that if anyone tells you they would buy your mobile game at a particular price point, “they are lying to you, they won’t”.

Bayley said the comparatively small earnings of Super Glyph Quest meant the other half of the indie duo, Alex Trowers, had to return to a full-time job.

She added that the indie developers didn’t want to do free-to-play because they are “nice people”, suggesting the perception of free-to-play is still negative in some quarters.

However, she said that if you’re doing something for mobile, “you have to speak their language”.

“Embrace free-to-play as a toolset, but not as a dogma,” she said.

How did our Indie Mavens get their first jobs in video games?