Pocket Gamer and G-STAR to team up for the best industry party at Gamescom, in association with G2A

Join us for drinks and networking on 17 August 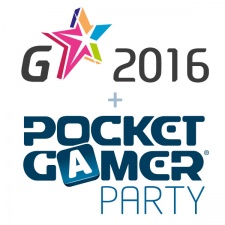 With Gamescom just around the corner, the organised among you will no doubt be looking to finalise your schedules.

And when it comes to after-hours networking, Pocket Gamer's got you covered as usual with the G-STAR & Pocket Gamer Party @ Gamescom 2016.

Sponsored by our friends at G-STAR, the hosts of South Korea's leading games conference, and in association with digital gaming marketplace G2A, the event will be a great chance to unwind after a long day at the conference with food, drinks, and good company.

Meet us in Cologne

Taking place from 7pm-12am on Wednesday, 17 August at Cologne's swanky Club-Lounge Einundfünfzig, attendance is absolutely free for anyone working in the games industry who's signed up.

Pocket Gamer will also be out in full force at the party (and Gamescom in general), so if you'd like to arrange a meeting you can contact us at the following:

If you can't make it, or you like your networking with a slightly more competitive flavour, there's still time to sign up for our Gamescom 2016 Big Indie Pitch (Tuesday 16 August) as either a spectator or participant.

For more information on the G-STAR & Pocket Gamer Party @ Gamescom 2016, and details on how to RSVP, you can visit the our events page.

In Pictures: The hottest party of the week at Gamescom's Pocket Gamer, G-STAR and G2A party

One week to go: Games Mixer and Big Indie Pitch at Gamescom