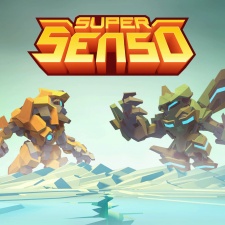 US startup Turbo Studios has pulled its upcoming first title, Super Senso, from the App Store ahead of its planned release in 2016.

The Advance Wars-inspired mobile strategy game had been in beta for a number of months, as well as being soft launched.

But Turbo has now taken the decision to completely shut the game down for players for the time being.

According to its subreddit, the developer is offering players who made in-app purchases the ability to carry these over to their accounts when the game fully launches.

Super Senso has had its troubles during its development, which began in 2013, having missed its planned 2015 release date, and swapping publishers from Nexon to GungHo in 2016.

But hopefully this move is just about enabling Turbo to sort out its imminent launch strategy.

Turbo announces advisory board including Unity's Helgason and CCP's Gunnarsson