How to sell your vision 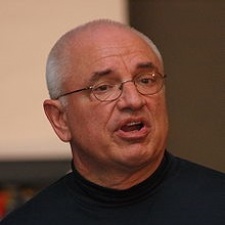 In a 45-year career, from Mattel and Intellivision to advisory role on mobile and PC games, Don Daglow has seen the entire progression of the games industry firsthand.

One of his key observations from this time is the discomfort of game developers when it comes to pitching - something he himself has had to overcome.

And so, keen to share his considerable insight, he takes the stage at Cologne's Respawn Gathering of Game Developers to share his top tips.

First, he establishes right off the bat that his advice applies to more than just courting publishers. Instead, he says, pitching comes in many forms - to publishers, to press, to potential hires.

“Escape the trap of the pitch always being about money,” he says. “It often is, but it's more about encouraging someone to come along on your journey with you.”

Furthermore, he adds, most people you approach will actually want to help you.

“We have to get this idea of hostile people out of our heads, because it's not a university exam - it's storytime,” he says.

It's not a university exam - it's storytime.

“If you think of a pitch like an exam, you'll be very organised and full of numbers.”

Games are instead about feelings, Daglow continues, suggesting that a more relaxed approach will be a better representation of this.

“If you take nothing else away from this talk, know that when you first walk in with a publisher, investor, or member of the press, they are virtually always on your side,” he asserts.

“They want you to be great, they're hoping you will be great.”

He also advises that developers practice distilling their game's appeal in one sentence. Then, if the audience is interested, 30 seconds. And then 2 minutes.

What not to do

Furthermore, for publishers specifically, explain how you plan to make money right at the start.

“The percentage of people who run long is very high,” he explains. “80 or 90% of people will run over.” This should be seen as an opportunity.

“If you get it right, you look like you planned. You look precise - and our industry values precision.”

Another common mistake he identifies is leading with an apology for one's nervousness: “It's normal, it's truthful, it's sincere… but in a business setting, it undermines you.”

On a related note, he adds that pitchers should not be overawed by their audience to the extent that they immediately accept all of their ideas.

“When you immediately change your game design based on comments, it looks like you'll do anything for money,” he says.

Conversely, immediately going on the defensive to emphasise the untouchable genius of your original idea is also frowned upon.

Instead, Daglow advises, pitchers should come equipped with a notepad and be willing to jot down feedback.

But when all's said and done, one of the most important skills for a pitcher to learn is to not become despondent when things don't go to plan.

For this, Daglow reminds the audience of the massive success Will Wright eventually found with SimCity, even after being rejected by every single video game publisher in North America.

He concludes with an aptly localised metaphor: “Remember the number of shots on goal in the Bundesliga - most don't go in.”