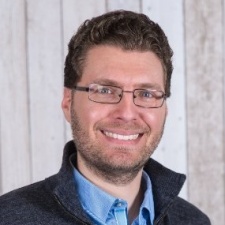 Matthew Laurence is a man with plenty of experience of free-to-play game design.

Currently Game Design Director at Munich studio MegaZebra, he has previously held positions at the likes of Rovio and iWin across a 10-year career.

"In that time, I've met with a number of emotions in relation to free-to-play - and a lot of internal resistance," he explains, introducing the motivation behind his talk at GDC Europe.

Despite now being established as a massive part of the modern games industry, Laurence reports that it's not just among the gaming public that a F2P stigma lingers - a number of those inside the industry remain loath to work with the model, too.

"The war's over, it's been over for years. It's the dominant model, [but] a lot of people are super un-pleased about that," he warns.

"Conversion of a different user"

So how should one deal with a team that's suspicious of, and negatively predisposed to, free-to-play?

First, he says, it's important to understand the root of these negative perceptions surrounding free-to-play

"It may be outdated now, but a lot of the early successes in free-to-play were also some of the darkest. They used psychological manipulation, were pay-to-win, and were all about hunting down whales," he recalls.

A lot of the early successes in free-to-play were also some of the darkest.

"But those games don't really matter anymore... without fun gameplay, you have no hope of retaining users."

"Remember Dungeon Keeper? What good business sense does it make to be so disliked?"

Laurence's conclusion on the matter is simple: "Evil is not affordable, not becaue it's morally wrong, but because it's bad business." And this is something you should make clear to your colleagues.

So how have these outdated notions of free-to-play sustained, even among those in the games industry? A lot is about our natural distrust of change, Laurence posits, but also the way in which we frame concepts and experiences.

A particularly fitting (and frustrating) example for Laurence is Hearthstone, a game that seems exempt from much of the public's free-to-play cynicism. How do F2P naysayers justify such clear double standards?

Helping your more sceptical teammates to "see free-to-play for what it really is" should be your priority, he goes on.

"Your product is morally neutral. It's neither evil nor good, you're just trying something different."

Concluding, he's keen to reaffirm the significance of these aforementioned frames. His key to changing perception, in a nutshell, is to "isolate the [frames] that undermine [free-to-play], and find new ones."