Facebook wants its gamers back with new Unity deal

Social network could be after PC and mobile developers 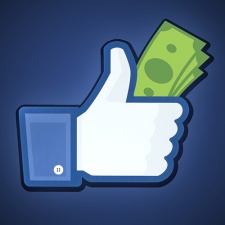 Facebook has signed a new deal with Unity to build a Steam-like desktop games platform.

The partnership has been formed to help streamline the process for exporting and publishing games onto Facebook.

A limited group of developers will receive access to the closed Alpha. Applications for this close after August 31, 2016.

According to TechCrunch, as well as opening itself up more easily to browser titles and PC games, Facebook is also offering iOS and Android developers the chance to bring their games to the desktop.

The social network is already deeply integrated into the mobile space thanks to its array of tools and its billion-plus users often used for big user acquisition campaigns.

But Facebook is not the place it once was for games in the heyday of FarmVille.

Though it says it still has 650 million users playing Facebook-connected games each month, the company has not offered a breakdown of platform-specific numbers.

Many players have jumped ship to mobile in recent years, though Facebook will hope this deal could reverse that trend somewhat.

Don't call it a comeback

Once its closest partner in the games space, Zynga, has over the years shifted to being a predominantly mobile publisher after the exodus of its Facebook userbase.

It’s important to note though that the social network has still paid out more than $8 billion to developers since 2010 – with over $2.5 billion earned through its web platform in 2015.

But it will be hoping that some of those developers who left it for mobile, and the users who strayed from the site’s games, may be tempted to come back should this deal prove fruitful.