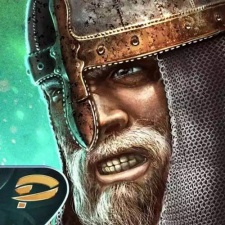 Successfully making the transition from a big F2P web/Facebook developer to a big F2P Facebook and mobile developer, Plarium has announced its latest hardcore strategy game.

Called Throne: Kingdom at War, the medieval-themed MMO strategy title slots in alongside the Israeli-headquartered but predominantly Ukrainian-based outfit's previous menu-focused mobile games such as Vikings and the Megan Fox-fronted Stormfall.

Players get to build up their town through typical resource and military buildings tech trees, with the added option to highly customise their hero, skills, armour and weapons to suit their personally playing style.

Of course, there's also plenty of social glue thanks to the in-game alliances or orders, and PVP mode.

Developed by the same studio that made Vikings, Throne: Kingdom at War is out now on iOS and Android, and supporting English, French, Spanish, Italian, German, and Russian languages.

As well as recently opening a studio in London, Plarium also signed a deal to make a game based on the Terminator Genisys movie series.

Reply
John Hancock other
Good medieval strategy game. I love history. Obviously, this game is not difficult. It's so easy to play this for a long time.
Posted 4 years, 9 months ago

Reply
Joel Wells artist
Not bad for an android PVP game. I like medieval setting.
Posted 5 years, 3 months ago

Reply
Phil Lehmann other
All games have their own glitches but not this one. Everything is ok. I'm kind of a strategy addict. So I like this game!
Posted 5 years, 3 months ago

Reply
Eric Stone worker at cars
Good online-RTS game! Yesterday I attacked the enemies and robbed resources. We have a great alliance in our Kingdom. There are just war and peace and I feel satisfaction about this game.
Posted 5 years, 4 months ago

to the general public ... befor you decide to play and spend ...check out their facebook page and see how they pass the buck ... this company takes only and supplies no customer care .... it is documented below of how they care and their solution ....

We apologize for misunderstanding. We sincerely regret this situation. This case is a cause for concern, so we understand your disappointment. However, according to the Terms of Use, we don't provide users with any compensation and do not guarantee that our service
Posted 5 years, 7 months ago