Currently unknown how this affects other operations 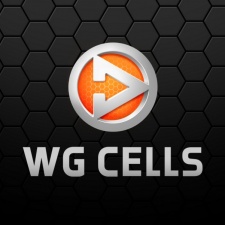 Speaking to PocketGamer.biz, Bluhm stated that all future mobile development will be moved to other locations, which he said will affect four or less people at a studio in Kiev, with more mobile-specific staff joining the central studio in Cyprus.

The closure will not affect anyone at Wargaming Seattle.

You can find more details here.

Seattle-based Wargaming offshoot WG Cells has been shut down with over 60 jobs lost.

Rumours of the studio's closure began to circulate on Twitter before Gamasutra confirmed the news with sources close to the studio.

WG Cells Seattle was initially known as DropForge games, before being rebranded as WG Cells in October 2015 to be closer to the Wargaming brand.

"Wargaming is committed to developing a strong mobile gaming business as one of our major pillars of our corporate strategy," said Victor Kislyi, CEO of Wargaming, at the time.

Since its rebranding, WG Cells released two games, Smash Squad and Operation: New Earth, the latter of which saw its worldwide launch on 16 August 2016.

At the time of writing, App Annie shows Operation: New Earth as ranked at 1,454th in the overall App Store US top grossing chart.

WG Cells also appears to have a title in soft launch called Galaxy Rangers, despite its closure.

Whether the closure will affect the other "cells" in WG Cells, which has operations in Cyprus and Ukraine as well as Seattle, is currently unknown.