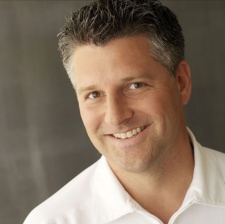 As reported earlier today, sources had claimed that the studio had closed and over 60 jobs had been made redundant.

Bluhm has now confirmed the news to PocketGamer.biz, and said that around "four or less" jobs are also on the line at the company's Kiev studio.

He said however that Wargaming will not be pulling out of mobile development, and instead will now move its mobile operations to its headquarters in Cyprus.

"We have shut down our Seattle mobile development operations and will be moving all future mobile studio development to other locations," he said.

"This will effect a few people in Kiev (four or less) but Cyprus will be adding mobile-specific staff as it will increasingly act as the head of operations for all of Wargaming's lines of business."

The future of WG Cells' Smash Squad remains uncertain. Bluhm said the game is currently being evaluated "as its financial performance has been below our internal targets".

"Operation New Earth, on the other hand, has performed extremely well and, from all aspects, is a very strong game and on a great trajectory," added Bluhm.

"It is being aggressively operated by our marketing and publishing team."

He also clarified that the closure would not affect Wargaming's other Seattle studio, which is currently working on non-mobile titles.

"The move to close WG Cells studio operations does not involve Wargaming's ongoing commitment to or investment in Wargaming Seattle (Redmond, WA - led by Chris Taylor) which is working on a future IP for non-mobile platforms or our new game services and platform technology development team (located in Kirkland, WA - led by Matt Wilson)," he said.