Despite huge funding rounds, most VR developers are funding projects out of their own pockets

Not so lucrative after all 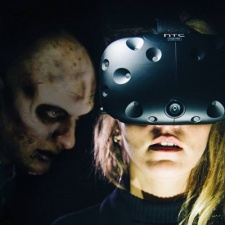 Almost half of VR and AR developers are funding their current projects out of their own pockets.

The data comes from a survey of over 500 VR and AR developers by the Virtual Reality Developer's Conference, which showed that 49.7% of respondents were using their personal funds to work on their games.

33.4% of developers were using current company funds, while only 13.3% were funded by angel investors, and 10.6% were using funds from VCs.

The news may come as a surprise to some, given how much money has been raised for VR development lately - most recently SLIVER.tv raised $6.2 million for its eSports VR tech.

The HTC Vive was the most popular device being developed for, with the Oculus Rift coming in as second most popular, and Samsung's Gear VR placing third.

However, 78.1% of respondents stated that their next games will not be exclusive to a single VR platform, as developers look to expand their game's reach.