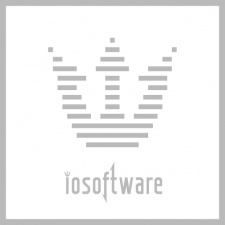 Bulgarian indie studio iosoftware has had all its games removed from the App Store following an alleged breach of Apple's terms of use.

The studio, which has released classic-style RPGs such as Royal Bounty and the Palm Kingdoms series on the App Store since 2009, has denied any wrongdoing.

The explanation from Apple is that iosoftware violated section 3.2(f) of the developer agreement, which prevents "any act intended to interfere with the Apple Software or Services."

Iosoftware's games are still available for download on Google Play and Steam.

"We have never taken part in any kind of download farming, purchasing reviews or anything of that sort that would be a reason for getting banned in App Store," he told PocketGamer.biz.

"I completely disapprove of Apple’s actions, especially taking the game from the people who paid money for it. If we ever put them back on the App Store again, they will all be forced to buy the games one more time.

"So we asked them to request a refund for our games, as they will never be able to use them."

"I hardly can say anything myself," he said. "Haven’t touched a damn button in the developer admin panel for the last two months."

"I've been watching the downloads/revenue graph and developing two new games, and then we got removed for no reason. No prior warning, no support, no appeal option."

He also claimed that he has been given no further explanation than a generic email, despite reaching out to Apple staff multiple times.

How can I apply next year if I don’t even know why I was kicked out?

"[They] just repeat themselves as cyborgs, “you may apply next year”. How can I apply next year if I can’t even know the reason why I was kicked out?" he said.

"Plus, we’ve been in the App Store since its very beginning from 2009. A very loyal move on Apple’s part."

As for reinstatement of the affected games, Ivanov said it's still unclear if they'd be removed again given the lack of details on their removal in the first place.

"If we reinstate our games back to App Store, where’s the guarantee of the new account not being kicked out the same manner?" he said. "I mean, I have no idea what they didn’t like.

"Reinstating apps if you’re not in the US is in fact quite a big deal. Opening a new LLC is several months of wait, and signing an agreement with Apple is a month or two as the application is manual.

"You have to fax the documents, for god's sake, in the 21st century. And then you won’t see your funds for one more month.

"That's up to half a year in total, and with very uncertain chances of stable work, as Apple is totally inadequate as a business partner with unclear rules and decisions."

Apple declined to comment when approached by PocketGamer.biz, other than to reiterate the full terms of 3.2(f):

"You will not, directly or indirectly, commit any act intended to interfere with the Apple Software or Services, the intent of this Agreement, or Apple’s business practices including, but not limited to, taking actions that may hinder the performance or intended use of the App Store, B2B Program, or the Program (e.g., submitting fraudulent reviews of Your own Application or any third party application, choosing a name for Your Application that is substantially similar to the name of a third party application in order to create consumer confusion, or squatting on application names to prevent legitimate third party use)."

Why did Apple U-turn on Palestinian indie game, and does its approval process need to change?