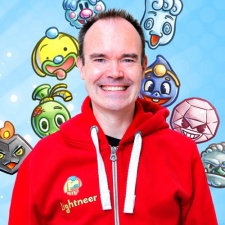 The financing round was led by venture capital funds GSV Acceleration, which invested €1.8 million ($2.03 million), and IPR.VC, which gave €1 million ($1.13 million) to the studio.

The studio has also brought on board former Rovio Mighty Eagle Peter Vesterbacka as its new ‘brand breaker’ and company evangelist.

The company has also formed a new advisory board. It has appointed former Mattel and Sega of America CEO Tom Kalinske and Games Workshop co-founder Ian Livingstone as advisors.

The board also includes Marcus du Sautoy, Professor of Mathematics at the University of Oxford, and Visiting Professor of Practice Pasi Sahlberg from Harvard University’s Graduate School of Education.

Big Bang Legends will be released globally on iOS and Android in 2017.

The game has been developed in collaboration with experts from CERN and the European Organisation for Nuclear Research.