Servers to be taken offline on November 17th 2016 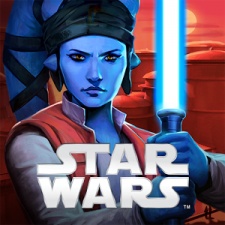 Developer Kabam is shutting down its mobile action-RPG Star Wars: Uprising as it’s “no longer achieving the level of success needed to maintain the game”.

Servers for the game will be permanently shut down at 9am Pacific Time on November 17th 2016.

After this, players will not be able to access their data from the game’s servers. Kabam suggested affected users take screenshots of their accomplishments before the game is shut down if they want to keep a record.

In-app purchases have been disabled as of September 22nd 2016.

Kabam said it could no longer provide the resources for maintaining the game, developing content and providing support, as it felt these were better served building and supporting other existing and new games.

Star Wars: Uprising, an action-RPG set between Return of the Jedi and The Force Awakens, was released in September 2015.

Despite hitting the US top 100 grossing chart for iPhone at launch, it fell out of the top 400 in the run up to the release of Star Wars: The Force Awakens at cinemas. It also suffered a similar fate on Google Play.

The game’s jumped back up the charts when the film was released, but never reached the previous highs and couldn’t sustain its momentum.

Kabam finds the licence it was looking for: announces RPG Star Wars: Uprising