Yet another senior hire for Zynga 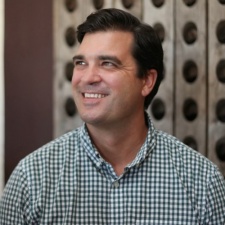 Scott previously worked at EA for six years, where he reached the role of Vice President of Global Online Product Marketing.

He then co-founded and became CEO of Facebook game developer Lionside, which was acquired by DeNA in 2011.

Most recently, Scott had been working as an advisor to YouTube Music, where he worked to maximise revenues and fanbase growth on YouTube.

Zynga has been busy hiring senior staff throughout 2016.

In June 2016, it hired ex-EA executive Bernard Kim to be its President of Publishing, working on the company's internal products.

In August 2016, Zynga brought in Matthew Bromberg, EA's SVP of Strategy and Operations, as its new COO.

Zynga will be hoping its latest spate of senior hires will help make Zynga profitable after its struggles to turn around its financial fortunes in recent years.