Working together on comedy games 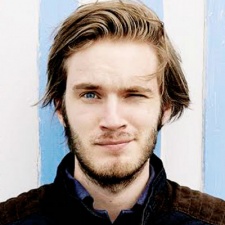 Popular YouTuber Felix "PewDiePie" Kjellberg has signed a multi-game deal with a new studio led by one of the designers of viral hit Goat Simulator.

No game has been announced yet, but the games are expected to appear on Android and iOS. Kjellberg will offer creative input on the games and will no doubt lend his likeness to help boost interest.

Comedy in its infancy

There's no word on what forms the game will take, though Ibrisagic has said it will likely be comedy-centric.

"Comedy is huge in entertainment, but it still feels in its infancy in the games industry," said Ibrisagic. "Felix and I would like to work on changing that."

Kjellberg has already been involved in two mobile games, Legend of the Brofist and Tuber Simulator.

He is also popular with developers looking for alternative avenues of user acquisition and has frequently worked with Seriously to help grow its game Best Fiends.