Pokemon GO was making $16 million a day at its peak

Revenues have settled at a still impressive $2 million a day 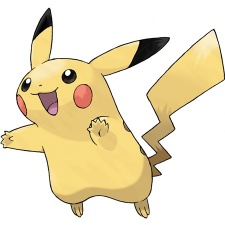 Pokemon GO amassed more than $470 million in revenue during its first 82 days since launch, according to a new report.

At its peak, Pokemon GO was said to be making $16 million a day in revenue. Over the past few weeks this has dropped to a still impressive $2 million a day.

The game is also still getting approximately 700,000 new downloads every day. At its peak though the game received 27 million downloads a day.

The report also noted further data into mobile user behaviour. According to Newzoo, 24% of Pokemon GO players hadn’t played any other top mobile game franchises in the past three months.

This means that the game attracted 20 million new mobile gamers in the US, UK, Germany and France alone.

The report stated that 37% of gamers across these four countries have played Pokemon GO in the past three months. That’s more than the 27% of gamers who played Candy Crush Saga in that time.

Pokemon GO is most popular amongst men and women aged 21 to 35, making up nearly half of the game’s total audience. 43% of the game’s players are women.

In terms of downloads, the game has been most popular in the US, followed by the UK, Japan, Spain and Germany.