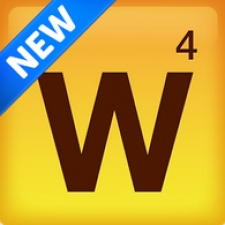 The launch of the iMessage App Store sparked a 74% increase in the number of downloads for Zynga’s popular Words With Friendsgame.

A new Sensor Tower report shows the growth rates for a number of popular apps on the iMessage App Store for the week starting September 12th 2016 compared to the previous seven days.

Animated-sticker making app JibJab saw the biggest download growth of more than 1,500% for the week.

Zynga was one of the few games developers to jump onto the iMessage App Store at launch. In iOS 10, the app is fully integrated into the iPhone messaging platform to let users chat and play. Sensor Tower said it was the only app in the ten it studied to feature direct iMessage integration.

And Zynga’s pro-activeness appears to be paying dividends.

App Annie shows that on September 12th, Words with Friends was ranked 222nd on the US App Store download charts. Downloads quickly increase after that date and the game peaked at 84th position on September 17th.

In the last week, the game has settled at around 150 in the App Store download charts – still significantly higher than before it was integrated with iMessage.

Its position in the US App Store top grossing charts has also generally settled at a higher position over the course of the last few weeks. Previously the game’s chart ranking had dipped and risen more dramatically week-to-week.