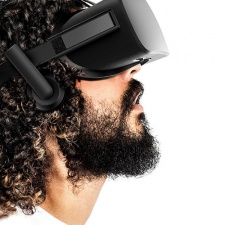 Speaking at the Oculus Connect keynote on October 5th, Facebook CEO Mark Zuckerberg showed off a video of someone using a prototype of the product.

It is designed to be more powerful than Oculus' Gear VR but not require cables like the Oculus Rift. "We believe that there is a sweet spot," commented Zuckerberg.

The new device is still in prototype stages and has no current name. A release window or indeed any kind of information on the HMD was not revealed.

As well as developing new hardware, Oculus has also made its existing Rift technology more accessible by reducing its minimum system requirements.

One of the cheapest Oculus-ready computers is now a laptop costing $499. It is hoped that reducing system specs will greatly widen the audience for the Rift.

The Oculus Rift launched in the UK in September 2016 for £549, so the overall set-up cost for the device is still over $1000 if users need to buy a new computer to use it.