UPDATE: Game engine start-up MaxPlay lays off most of its 70 staff as funding dries up 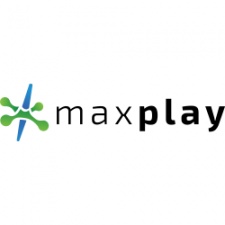 Update: MaxPlay CEO Sinjin Bain has confirmed to Venturebeat that the company has laid off most of its 70 employees after failing to generate another round of funding.

A skeleton crew remains as it attempts to license the technology to other companies.

“For a variety of reasons, more on the side of the money guys and not because of us, the transaction didn’t go through,” said Bain.

“At the last minute, they pulled out of their commitments and left us in a very difficult place. We had several groups looking to acquire us, and for a variety of reasons those didn’t pan out.”

Original story: Cloud-based game engine start-up MaxPlay appears to be the latest company in the competitive space to close its doors.

Former Gameplay Engineer Andrew Carroll wrote on Twitter that the studio had closed and that he was leaving the company.

MaxPlay’s website shows just under 50 staff had been working for the firm.

Sad day. MaxPlay, you've been a great team. Gonna miss working with such a smart group.

Austin studio and Call of Duty: Modern Warfare Remastered co-developer Certain Affinity later tweeted that it was hiring and called on staff affected by the MaxPlay closure to get in touch.

We hate hearing news of any game studio shutting down, especially in Austin. If you've been affected by the @maxplayio closure we're hiring!

A number of staff, including Chief Platform Officer Michael Rothrock, have also updated their LinkedIn profiles to state they finished working at the company as of September 2016.

Despite the claims and lack of social media activity, Maximum Play, Inc is still listed as an active business in California.

MaxPlay has yet to respond to requests for comment.

The tech company was set up in October 2015 after being spun out of Technicolor and had offices in California and Austin.

The start-up was working on a Game Development Suite that leverages cloud technology to build a game engine for modern development. It had been touted as “Google Docs for game devs”.

The firm had raised over $17 million to fund its ambitions and was recently after sign-ups for its closed beta programme. But the company now looks to have run out of money to take the business further.

It’s not currently clear whether there are still plans to do anything with the technology or whether the whole business has been shut down for good.