Three sequels and one original IP 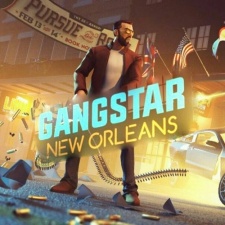 French developer Gameloft has outlined its first four games to be released since its acquisition by Vivendi as part of its Winter 2016/17 period.

The next instalment in the Asphalt racing game series, Asphalt Xtreme, will launch first.

This will be followed by strategy-action title Zombie Anarchy, the only original IP that Gameloft will be releasing.

First-person shooter sequel Modern Combat Versus and open-world crime action sequel Gangstar: New Orleans round out the list of releases.

Vivendi completed its hostile takeover of Gameloft in June 2016 after months of buying up shares and battling with Ubisoft, which was concerned that the move would lead to an attempt at a further takeover on itself.

Its lineup of sequels will be its chance to prove that Vivendi hasn't bought what Jon Jordan called "an over-staffed, under-skilled company, which is failing to compete in a rapidly maturing market".